Yes, Adele has sung its praises. But the Sirtfood diet may be just another fad 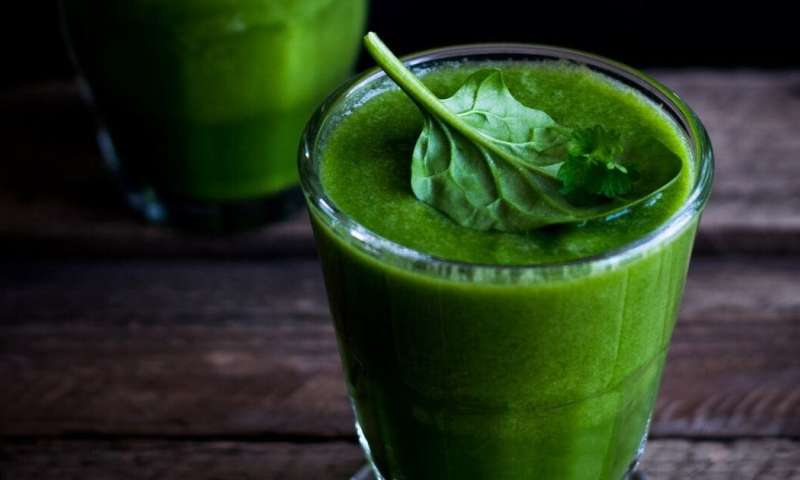 The Sirtfood diet has been in the news again this week after singer Adele showed off her slimmed-down figure on U.S. comedy show “Saturday Night Live.”

Adele has previously credited her significant weight loss to the Sirtfood diet. Following her appearance on SNL, there was a spike in people searching the diet on Google.

But what exactly is the Sirtfood diet, and does it work?

Two nutritionists in the United Kingdom launched the Sirtfood diet in 2016.

The premise is that a group of proteins called sirtuins, which are involved in regulation of metabolism, inflammation and ageing, can be accelerated by eating specific foods rich in a class of phytonutrients called polyphenols.

Phytonutrients are chemical compounds plants produce to help them grow well or defend themselves. Research is continuing to shed light on their potential benefits for human health.

The idea is that eating foods rich in polyphenols, referred to as “Sirtfoods,” will increase the body’s ability to burn fat, boosting metabolism and leading to dramatic weight loss.

Common Sirtfoods include apples, soybean, kale, blueberries, strawberries, dark chocolate (85% cocoa), red wine, matcha green tea, onions and olive oil. The Sirtfood diet gets some of its fame because red wine and chocolate are on the list.

The diet involves two phases over three weeks. During the first three days, total energy intake is restricted to 4,200 kilojoules per day (or 1,000 Calories).

To achieve this, you drink three sirtfood green juice drinks that include kale, celery, rocket, parsley, matcha green tea and lemon juice. You also eat one “Sirtfood” meal, such as a chicken and kale curry.

There’s a diet book available for purchase which gives you the recipes.

After three weeks, the recommendation is to eat a “balanced diet” rich in Sirtfoods, along with regular green juices.

The idea of losing a lot of weight in just three weeks will appeal to many people.

The eating plan encourages a range of polyphenol-rich foods that are also good sources of vitamins, minerals and dietary fiber, and would be recommended in a range of diets designed to assist with weight management, or as part of a healthy, balanced eating plan.

Also, the exclusion of energy-dense, ultra-processed “junk” foods will help lower the risk for chronic disease.

But there are drawbacks to consider too.

It would be wise to watch the portion size for some of the foods listed, such as red wine and chocolate.

Like most restrictive diets, phase one may be challenging and is not recommended for people with underlying health conditions without the supervision of a health professional.

The rapid weight loss in the first phase will reflect a loss of water and glycogen, the stored form of energy in muscles and the liver, rather than being all body fat.

The food list includes specific products that may be hard to locate in Australia, such as lovage, a European leafy green plant whose leaves can used used as a herb, roots as a vegetable and seeds as a spice. Some other items on the list can be expensive.

Most research has looked at the sirtuin-mediated effects of energy restriction in worms, mice or specific body tissues. No studies have tested the effect of diets that vary polyphenol content on the action of sirtuins in mediating weight loss.

A search on PubMed, the scientific database of research studies, didn’t locate any human trials of the Sirtfood diet. So the short answer about whether the Sirtfood diet works or not is we don’t know.

The authors’ claims about effectiveness are based on anecdotal information from their own research and from personal testimonials, such as the one from Adele.

Considering the hype surrounding the Sirtfood diet against a checklist on spotting a fad diet sounds alarm bells. For example:

Looking at the Sirtfood diet, the answers to most of these questions seem to be “yes,” or at least a partial yes.

The best diet for weight loss is one that meets your nutrient requirements, promotes health and well-being, and that you can stick with long-term.

Provided by The Conversation

This article is republished from The Conversation under a Creative Commons license. Read the original article.