UAE weight-loss: ‘How I lost 22kg in 7 months by cutting out all whites’ 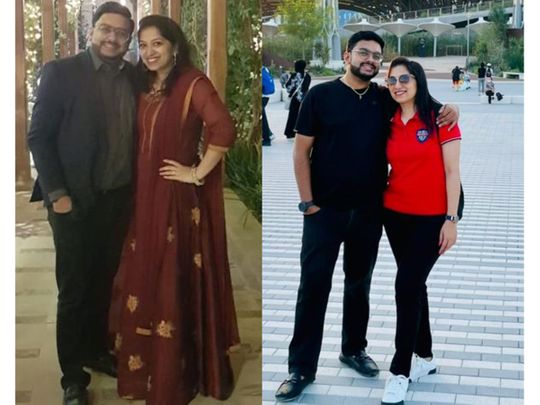 Eibu Kurien and his wife before (left) and after Image Credit: Supplied

Eibu Kurien had made up his mind. This time would be different; this time he lost weight he’d do it in a way that was sustainable. The fact that his wife was eager to join him on a journey to fitness just made it that much easier. The annoyance that comes with being overweight; the difficulty in movement, the laziness that creeps up on you had been growing with each day. It had been three years since he felt really fit.

Finally, in November, that dissatisfaction was going to change. The 35-year-old Indian expat decided on embarking on a ketogenic diet along with his wife, Carel Eibu. It was initially tough. For one thing, he explains, “In the first week it was a mess; I had a headache for three days continuous, but then after that it was like a kickoff. I started losing weight.”

Kurien explains his mantra. “My basic logic was I cut off all whites: parathas, chapattis, the bread, the salt, the sugar.” The one exception, he concedes, was yoghurt.

“I mixed it up – every time I did a diet I used to eat things I didn’t like, but this time I really wanted to make a change. I wanted to eat, enjoy what I was eating and still lose weight. So I used to check my weight every day in the morning. I knew what I ate the day before; if I gain weight, I don’t eat it. If I don’t gain weight or if I see a losing trend I continue that. So I learnt what my body wants and what it doesn’t want. Yoghurt – with onions, cucumber, etc. – with some meat really helped. I used to also have tuna cutlets air fried, paneer. If we had to go out as well, we would order starters only or just the meat. We had nuts as well,” he says.

After a few months – and having lost a few kilos – Kurien decided to make another change; he decided to try intermittent fasting. “So I stopped having breakfast, lunch and had early dinner.”

But diet while imperative can only do so much. “I noticed a trend, if I only diet I don’t lose weight but if I do some walking, running or cardio – I love sports – there you go, I can see a considerable reduction.”

Kurien began to head to the badminton courts with his wife; each bout lasted about two hours. He also began to play football and later, when it proved too strenuous, basketball. “Earlier I used to play in the evening badminton for two hours, but these days I find it difficult – with the kids, so what I did is started going early morning; 6-8am. My whole evening I’m there with my kids now – so this is a game-changer for me. Early morning, when their bus comes, I’m out [I play] freshen up, and then I’m off to work.”

Daily drink: Cumin water with ginger, lemon and a little bit of cinnamon in the morning on an empty stomach

Lunch and dinner: Sauteed vegetables or boiled vegetables like asparagus, broccoli. Or Salads. Yoghurt with a piece of chicken.

He credits a lot of his success to his wife’s presence and help. “November-January everything was together, so you have food, encouragement, advice – you have someone with you. And we were both accountable partners, so there was no cheat meal. If she was cheating I would stop her [and vice versa]. We used to drown ourselves in water as well. We used to play together – keep our mind busy. On weekends we used to take our kids out cycling. We’d play, come back and have a simple meal. Earlier it was all about going out eating in a restaurant,” he explains.

And there’s one more thing he credits for his physique today: Desert driving. “What I do is on Friday mornings I head out to the desert, so it’s another way of tension breaker; it’s also a mini form of cardio. I don’t think people accept it but for me it was working out as well, because when people get stuck there is a considerable amount of climbing up the dunes and there’s a considerable amount of workout there as well. It’s not just driving,” he says laughing. 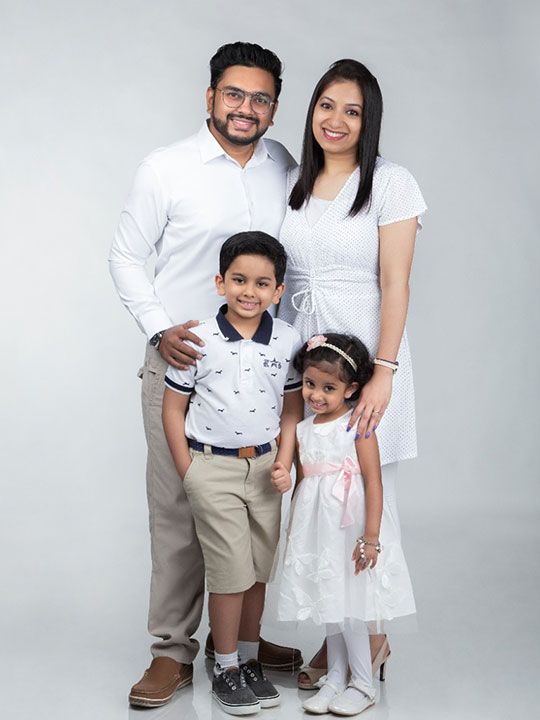 Seven months on, Kurien is down 22kg to – and that’s with a few cheat meals thrown in. He says: “After three months, I slowly started introducing small bites into my meals, like a McDonald’s burger. So if it’s only a burger I have the burger not the bun. Yesterday I had one shawarma- that was bad, it showed on the weighing scale today. So no shawarma for me for at least a month or two for sure. I wouldn’t call it a cheat meal but I change my meal plan. If at all I was supposed to have yoghurt, I won’t have yoghurt, I’ll have a proper meal, for instance, meat along with one chapatti. I control my portions.”

Besides more energy and better fitting clothes, the thing Kurien is excited about is how his change in lifestyle has affected his two children; his son is six and daughter three; “We got the kids also to be more active, so this is also a good thing. I’ve enrolled my son also for badminton,” he says.

Kurien isn’t done though; he’s working towards getting to 80kg, his ideal. The key and his advice to anyone wanting to follow suit is “stay focused”.

Begin with a thought – do you want to change?