This is what Adele ate every day to lose 30lbs

She once said that she would never lose weight because someone told her to and that she makes music to be a musician, not to be on the cover of Playboy.

But most of Adele’s loyal fans have noticed that she’s been showing off a considerably slimmer look since she first hit the music scene back in 2008.

The 28-year-old songstress refuses to reveal just how much she actually dropped, although it is rumoured she’s shed a whopping 2st.

Although she’s keeping quiet on the exact number, Adele has spoken out about the simple changes she made to transform her figure. According to the Daily Mail, Adele followed The Sirtfood Diet which encourages slimmers to eat plant-based foods like kale, buckwheat, green tea and tumeric.

That’s because these foods activate sirtuins and switch on the so-called “skinny gene” pathways in the body, but lucky for Adele her diet allowed her to indulge in red wine and cheese.

It’s also possible that this eating plan can help you turn back the clock, because foods that are rich in sirtuin enzymes are thought to have anti-ageing properties too. 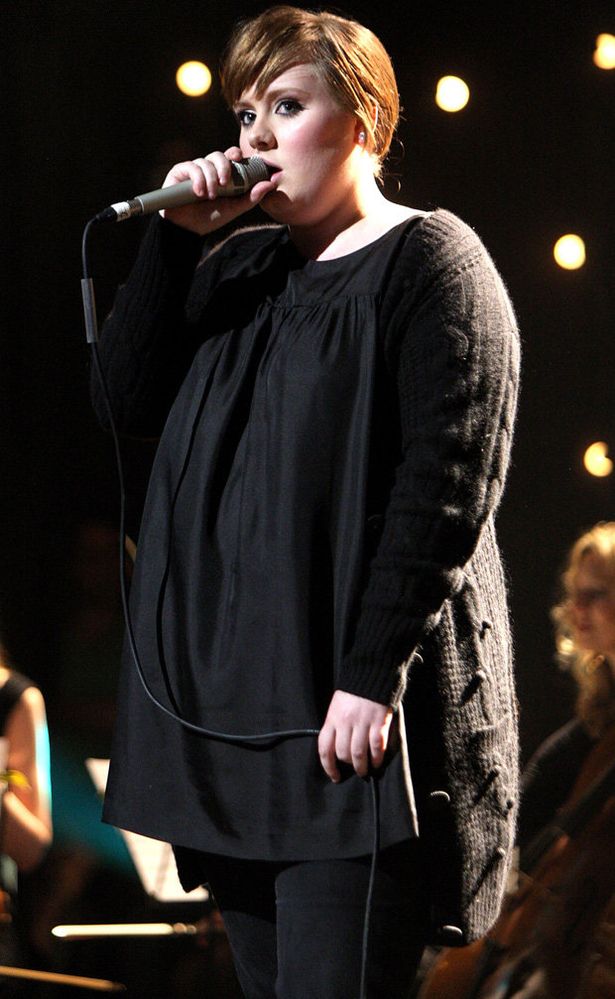 HITMAKER: Adele has changed a lot since she burst onto the scene in 2008 (Image: GETTY)

She said: “What I do love about this diet is the emphasis on plant-based foods that are chock-full of phytonutrients, antioxidant-compounds that we should all be eating more of in order to reduce risk of chronic disease and boost immune function.

“Loading up on leafy green veggies, fish, dark red/purple fruits and veggies, olives, and olive oil — plus making an effort to eat more seafood — is key to overall health, weight loss and longer-life.”

Adele combined her new healthy-eating regime with a gruelling fitness plan from personal trainer Pete Geracimo – who has previously sculpted the bodies of David Hasselhoff and Kim Cattrall.

The fitness instructor said that her regime combines circuit training, weightlifting and cable machines to blitz her whole body.

While Adele has always stressed that she has no interest in being a size zero, she wanted to shape up for her world tour this year.

But she’s refreshingly honest about hating exercise and despite her health-kick it doesn’t look like she’ll be turning into a fitness fanatic anytime soon.

Adele admitted: “I’m not, like, skipping to the f***ing gym. 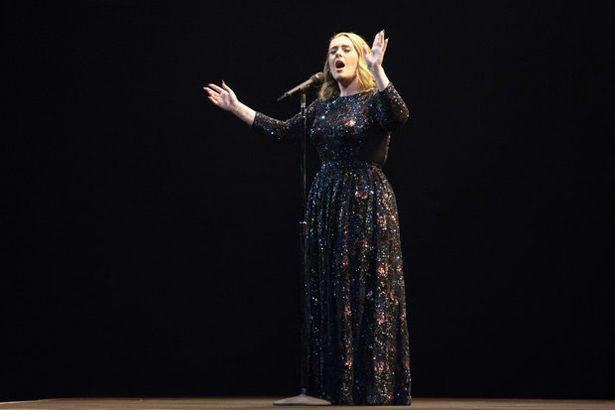 And the biggest change she made was ditching her very British habit – sugary tea.

The mum-of-one, who has a three-year-old son Angelo with boyfriend Simon Konecki, also joked that her new slimmer physique has lead to a dangerous shopping habit.

She told Vogue: ”Now I fit into normal, off-the-shelf clothes. [It’s] really a big problem for me.

“I feel so comfortable in my own skin. I really like how I look, I like who I am, I like everyone that I surround myself with. Obviously, I have insecurities but they don’t hold me back.”

Adele also kicked her cigarette addiction after she feared she might die of a smoking-related illness.

Meanwhile Hollywood actress Drew Barrymore recently opened up about her own weight-loss secrets – and the one simple diet hack that helped her lose 20lbs.