The Mediterranean Diet: Is It the Food or the Lifestyle? 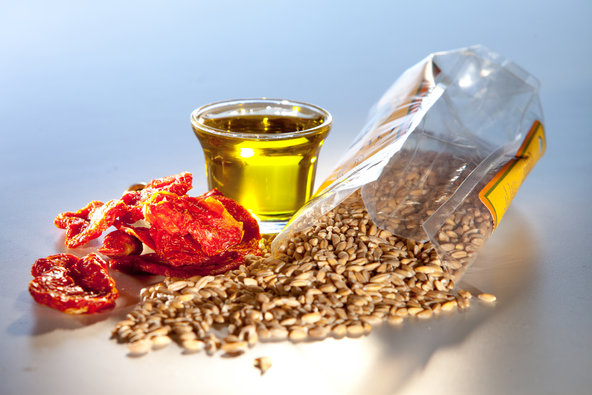 For decades, health authorities have argued that the diet of people living in Mediterranean countries, with its emphasis on olive oil, nuts and fresh produce, is a driving force behind the region’s historically low rates of heart disease.

But now a team of filmmakers led by a British cardiologist say that the function of the Mediterranean diet may have been oversimplified. They contend in a new film that the region’s good health is driven not only by food, but by an array of lifestyle factors, some of which they claim have been overlooked.

In their new film, they hope to show viewers how these factors come together to promote longevity and to also clarify some misconceptions about the Mediterranean diet itself.

The new film is called the “Pioppi Protocol,” and it is set in the small town of Pioppi, Italy, just south of Naples. The filmmakers chose the town because Ancel Keys, the first scientist to champion the health benefits of the Mediterranean diet, lived there for much of the last three decades of his life.

Dr. Aseem Malhotra said he was inspired to visit the Mediterranean and spend time learning about the traditional diet in which he believes so strongly that he prescribes olive oil to his patients.

Dr. Malhotra, an interventional cardiologist and adviser to the United Kingdom’s national obesity forum, said studies show that people who quit smoking see large and immediate reductions in their risk of heart attacks and strokes. But something that his heart disease patients often fail to appreciate, he said, is that changes in diet can have a similarly rapid effect.

“There is a perception among people who have heart attacks and heart disease – and I see this in my patients – that there’s already so much damage there’s not much they can do,” Dr. Malhotra said. “But by changing your diet, you can dramatically reduce your risk of having a heart attack even if you have coronary artery disease. We have data suggesting that the risk reduction can happen within weeks.”

Dr. Malhotra visited the Mediterranean with a documentary filmmaker, Donal O’Neill. Together they noticed that a healthful diet was one of many factors that seemed to play a role in the longevity of people in Pioppi, where the average person has a life expectancy of about 90.

They were surprised by how the people they encountered enjoyed and savored their food, turning every meal into an excuse for a social occasion with friends and family. They noticed that people spent a lot of time outdoors getting fresh air. Instead of designating daily periods of time to jog or exercise, they engaged in a great deal of leisurely physical activity like walking and riding bicycles. And they seemed to have low levels of chronic stress.

“We need to redefine the Mediterranean diet,” Dr. Malhotra said. “The truth is that it’s a lifestyle. It’s the whole approach. It’s the food. It’s the social interaction. It’s getting the right kind of exercise. It’s being outside. It’s getting sunlight and sunshine. The question, though, is how can we combine all these lessons from this village with what we know about modern medicine.”

Dr. Malhotra and Mr. O’Neill were also surprised by what they learned about food in the Mediterranean.

Although olive oil and vegetables were a constant, some aspects of the traditional diet varied greatly from one part of the region to the next. They found that pork and lamb were common in some areas, but that sugar was traditionally consumed infrequently. They learned that all olive oils are not created equal. And they discovered that the type of grain typically eaten in Pioppi is very different from what most Americans consume.

Dr. Malhotra said that in the film he would try to address some misconceptions about the diet while showing people how they could improve their health in only a few weeks by adopting various aspects of the Mediterranean lifestyle.

“We want to show people that this is something that’s feasible for them,” Dr. Malhotra said. “Simple changes can make a dramatic change to their health and vitality in a short space of time.”

Dr. Malhotra and Mr. O’Neill hope to release the film in June. But they say that to get there they need more funding. Instead of looking for commercial support, they have launched a Kickstarter campaign to raise money from the public. Dr. Malhotra said they did this to avoid taking money from any companies with a financial interest in the outcome.

“One of the reasons we have so much misinformation today is biased funding of research and commercial conflicts of interest,” he said. “We wanted to make this a publicly funded movie to keep it pure and to keep it as independent as we can.”