The BEST Smoothies For Weight Loss

Study reveals Green Mediterranean diet is good for heart health: Know the other health benefits of it 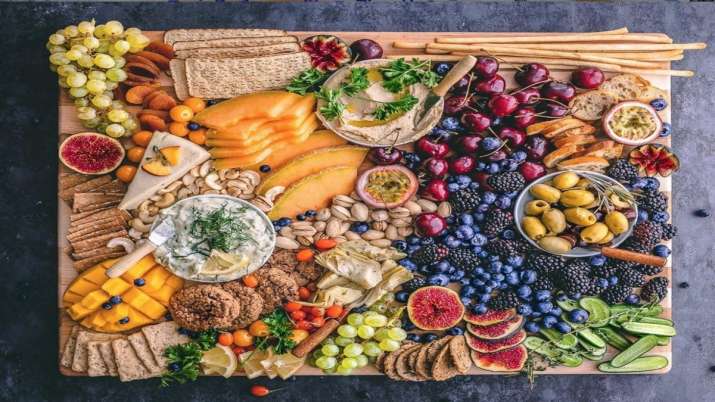 A green Mediterranean diet, containing even more plant matter and very little red meat or poultry, maybe even better for cardiovascular and metabolic health than the traditional version — at least in men, say researchers.

The Mediterranean diet, rich in plant-based foods, is linked to a lower risk of heart disease, stroke, and diabetes and currently forms the backbone of dietary guidelines to stave off coronary heart disease.

It’s thought that its impact is related to higher dietary intake of polyphenols, ‘healthy’ fats and fibre and lower animal protein intake.

The researchers wanted to find out whether a greener version of this diet, higher in green plant food sources and even lower in red meat intake, might be even better for health.

They randomly assigned 294 sedentary and moderately obese people (BMI of 31) with an average age of 51 into three dietary groups.

The second received the same physical activity guidance plus advice on following a calorie-restricted (1500-1800 kcal/day for men and 1200-1400 kcal/ day for women) traditional Mediterranean diet.

This was low in simple carbohydrates, rich in vegetables, with poultry and fish replacing red meat. It included 28 g/day of walnuts.

After six months, the effect of each of the diets on weight loss and on cardiovascular and metabolic risk factors was assessed.

Similarly, other cardiovascular and metabolic risk factors improved more among those on the green Med diet, including falls in diastolic blood pressure, insulin resistance, and an important marker of inflammation, C-reactive protein, which has a key role in artery hardening.

“Our findings suggest that additional restriction of meat intake with a parallel increase in plant-based, protein-rich foods, may further reduce cardiovascular risk, beyond the known beneficial effects of the traditional Mediterranean diet,” the authors wrote.

Apart from the better heart health, Mediterranean diet has many other health benefits. Take a look:

May protect against rheumatoid arthritis

Rheumatoid arthritis is a long-term autoimmune disorder that primarily affects joints. It typically results in warm, swollen, and painful joints. Results from an analysis published in the journal Arthritis & Rheumatology suggest that the  Mediterranean diet which is high in vegetables, whole grains, fish and olive oil may help prevent rheumatoid arthritis in individuals who smoke or used to smoke.

Adopting a Mediterranean diet could help preserve kidney functions in patients who have had transplants, suggests a new study. According to the study, published in the Clinical Journal of the American Society of Nephrology, kidney transplant recipients, those with higher adherence to the Mediterranean diet including extra virgin olive oil, fruits, vegetables, nuts, seeds, legumes, wholegrain breads, pastas and cereals were less likely to experience kidney function loss.

Can help you lose weight

Overweight adults who follow the Mediterranean, intermittent fasting and paleo diets can accrue weight loss and other health benefits, suggests new research. Intermittent fasting – whereby participants limit their energy intake to about 25 per cent of their usual diet (500kcal for women and 600kcal for men) on two self-selected days per week, led to slightly more weight loss than the other diets, showed the results of the one-year study published in the American Journal of Clinical Nutrition. The amount of weight loss was modest – on average two to four kilograms for the 250 participants, but for those choosing the fasting or Mediterranean diets, clinically significant improvements in blood pressure were also seen

Can reduce frailty in old age

Researchers have found that eating a Mediterranean diet for a year could help keep the mind sharp and reduce frailty in old age. The study, published in the journal ‘Gut’, showed that following a Mediterranean diet boosts the types of gut bacteria linked to ‘healthy’ ageing, while reducing those associated with harmful inflammation in older people. As ageing is associated with deteriorating bodily functions and increasing inflammation, both of which herald the onset of frailty, this diet might act on gut bacteria in such a way as to help curb the advance of physical frailty and cognitive decline in older age, the researchers suggested.

With inputs from IANS.