Tied for silver was the DASH diet, which stands for dietary approaches to stop hypertension, and the Flexitarian diet, which encourages being a vegetarian most of the time, but is flexible enough to allow a burger now and again.

What do all of these diets have in common? They stress reducing or eliminating processed foods, and focus on meals full of fruits, vegetables, beans, lentils, whole grains, nuts and seeds.

The Dukin and keto diets, which stress eating high-protein or high-fat foods with minimal carbohydrates, came in last and next-to-last in the diet rankings. Those diets are typically rated poorly by experts because they are extremely restrictive, hard to follow, and eliminate entire food groups, which is not recommended by dietary guidelines.

To judge the diets, a panel of experts in heart disease and diabetes, nutrition, diet, food psychology and obesity reviewed research about the diets from medical journals, government reports and other resources.

“They score each diet on a number of different measures: how easy it is to follow, how likely it is to lead to long-term weight loss, how healthful and safe it is, and how effective it is at preventing or managing chronic conditions like diabetes and heart disease,” she said.

The Mediterranean diet also tied with the DASH diet and the Ornish diet for top honors in best heart-healthy diet. The Ornish diet was created in 1977 by Dr. Dean Ornish, founder of the nonprofit Preventive Medicine Research Institute in California. Ornish calls the diet the only scientifically proven program to reverse heart disease in a random clinical trial without drugs or surgery. Experts have said the diet is restrictive and hard to follow, however. 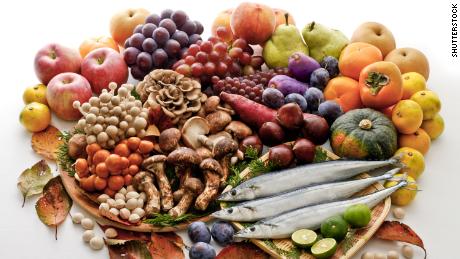 Mediterranean diet scores another win for longevity by improving microbiome

The Mediterranean diet also tied with the Flexitarian diet for first place in best diabetes diet; and with WW (Weight Watchers) for easiest diet to follow and DASH for best diet for healthy eating.

Such high accolades are not surprising, as numerous studies have found the Mediterranean diet can reduce the risk for diabetes, high cholesterol, dementia, memory loss, depression and breast cancer. Meals from the sunny Mediterranean region have also been linked to stronger bones, a healthier heart and longer life.

The diet features simple, plant-based cooking, with the majority of each meal focused on fruits and vegetables, whole grains, beans and seeds, with a few nuts and a heavy emphasis on extra virgin olive oil. Say goodbye to refined sugar and flour except on rare occasions. Fats other than olive oil, such as butter, are consumed rarely, if at all.

Meat can make a rare appearance, usually only to flavor a dish. Instead, meals may include eggs, dairy and poultry, but in much smaller portions than in the traditional Western diet. Fish, however, are a staple.

“It’s more than a diet, it’s a lifestyle,” said Atlanta registered dietitian Rahaf Al Bochi, who teaches the Mediterranean diet to her clients, in a prior CNN interview. “It also encourages eating with friends and family, socializing over meals, mindfully eating your favorite foods, as well as mindful movement and exercise for a complete healthy lifestyle.”

For this category, the panel of experts looked at a diet’s short-term and long-term weight loss success, weighing both equally. The popular WW (Weight Watchers) tied with the Flexitarian diet for top honors. 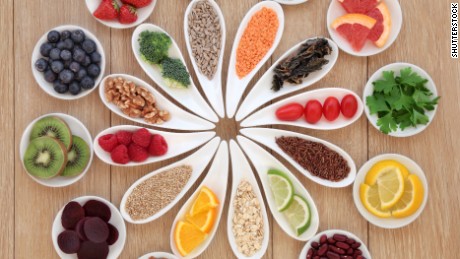 “Research shows vegetarians tend to eat fewer calories, weigh less and have a lower body mass index (a measure of body fat) than their meat-eating peers,” according to the analysis of the Flexitarian Diet. “If you emphasize the plant-based component of this diet — eating lots of fruits, veggies and whole grains — you’ll likely feel full on fewer calories than you’re accustomed to.”

Weight Watchers, which also won first place in the best commercial diet category, has an important component needed in any successful diet: support. In addition to in-person meetings and optional one-on-one consultants, the plan offers an online community.

“Programs like WW that offer emotional support and group meetings lead to higher compliance than a do-it-yourself dieting,” the analysis said.

Four new diets were added to the rankings this year, Haupt said: the Autoimmune Protocol diet (AIP), the Gut and Psychology Syndrome diet (GAPS), the modified keto diet and the Noom diet.

“Among all these, Noom performed the best — No. 12 overall, which is impressive for a newcomer,” Haupt said.

Based on a food-logging app, Noom wants you to log every meal, snack and exercise activity, as well as your daily weight. Noom encourages foods with “low caloric density,” which are high in water and low in calories by volume.

Similar to WW, Noom provides support groups where dieters can “help each other with everything from how to curb distracted eating to how to make plain old water more fun,” Haupt said. 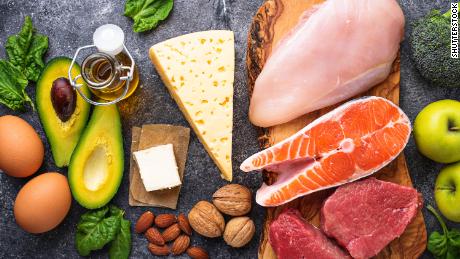 Experts say the keto diet isn’t sustainable, so why is it so popular?

However, the new version was panned by the experts, coming in 35th, just slightly better than the traditional keto’s ranking of 37 out of 39 diets.

Keto 2.0 “allows for slightly more wiggle room on what you eat, but experts said it is still way too restrictive,” Haupt said.

The Autoimmune Protocol diet, also known as the Autoimmune Paleo diet, was developed to reduce inflammation and ease symptoms of autoimmune disorders. It requires people to eliminate foods for at least a month and monitor symptoms when the food is reintroduced. Experts called the diet restrictive, suggesting it needs more research to substantiate any benefits.

The Gut and Psychology Syndrome diet, or GAPS, is for people with an odd spectrum of conditions: severe digestive and immune system issues, learning disabilities and serious neurological conditions. 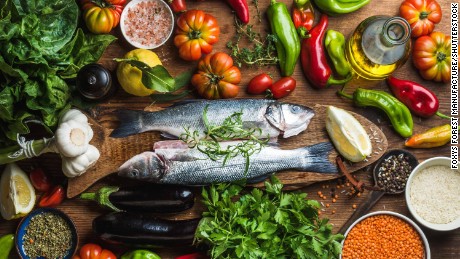 GAPS was developed by Dr. Natasha Campbell-McBride, who “believes the food, drink and products people consume play a profound role in their brain function,” according to the U.S. News & World report. Like the keto diet, GAPS comes in next to last in best diets.

The quick weight loss category is for the person who needs to lose a few pounds for a special occasion, as the diets were evaluated for only a two-month period. It’s not meant to be recommended as a long-term diet or lifestyle, according to U.S. News & World Report.

HMR, or the Health Management Resources Program, took first place, with WW and the Atkins Diet tied in second place.

The HMR program is a weight loss and lifestyle-change program designed to reduce calories via meal replacements that include added fruits and vegetables. The starter kit is just shy of $200 and includes 70 servings of HMR shakes and entrees, support materials, weekly group coaching and free shipping. 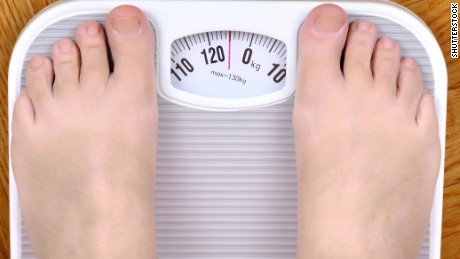 The Atkins Diet, created in 1972 by cardiologist Dr. Robert Atkins, involves four phases of meal plans, starting with very few carbs and adding more as the diet progresses. However, “low-carb dieters may eat too much fat, raising health concerns,” the analysis found, ranking the diet at 33 out of 39.

CNN contributor Lisa Drayer, a registered dietitian, is concerned with any type of diet that is too restrictive in food choices and worries about the role of ready-to-eat meals, shakes and snacks.

“They’re not necessarily teaching you how to eat healthfully on your own and how to make healthy choices,” she told CNN in a prior interview, adding that she had seen this happen all too often in her own clients.

“They were so severely restricted, and they didn’t know how to incorporate other foods back into their diets in a reasonable way,” Drayer said. “So they not only regained their weight back, but they gained even more weight than where they started, which is really distressing.”

Getting started on the Mediterranean diet

Mediterranean diet: How to start (and stay on) one of the world’s healthiest diets

Want to make the Mediterranean diet one of your goals this year? Get started by cooking one meal each week based on beans, whole grains and vegetables, using herbs and spices to add punch. When one night a week is a breeze, add two, and build your non-meat meals from there.

Grains that have changed little over the centuries, known as “ancient grains,” are also a key feature of the Mediterranean diet. Quinoa, amaranth, millet, farro, spelt, Kamut (a wheat grain said to be discovered in an Egyptian tomb) and teff (an Ethiopian grain about the size of a poppy seed) are some examples of ancient grains.

When you do eat meat, have small amounts. For a main course, that means no more than 3 ounces of chicken or lean meat. Better yet: Use small pieces of chicken or slices of lean meat to flavor a veggie-based meal, such as a stir fry.

And rethink dessert. Mediterranean cultures close out their meals with fruit that’s in season.

If you tire of eating raw fresh fruit, get creative. Poach pears in pomegranate juice with a bit of honey, then reduce the sauce and serve over Greek yogurt. Grill pineapple or other fruits and drizzle with honey. Make a sorbet out of fruit, including avocado (it’s really a fruit). Stuff a fig or date with goat cheese and sprinkle on a few nuts. Create a brown rice apple crisp or even a whole-wheat fruit tart.