Pros and Cons of a Juice Diet

I would have never ventured to Crete, sometimes called the “heart” of the Mediterranean Diet, if it weren’t for the droves of scientists, nutritionists and adventurers who went there before me. The first researchers to discover Crete in the 1950’s found a people torn apart by war. They were financially poor, but rich in heart and abundant in life. As a population, they lived longer than anyone else in the world, with virtually no heart disease, cancer, or diabetes. Unfortunately, magic and lifestyle can be lost in translation.

Crete isn’t just a place where people eat the healthy Mediterranean Diet. There is an enchanting simplicity to the mountainous villages on the Mediterranean island. The sound of bells on herds of wandering goats; the smell of veggies, meat, and herbs long stewing over a fire; the warm breeze that tousles your hair and gently blows away your stress like a leaf in the wind all weave together to create a feeling of magic and possibilities. My first trip to Crete almost 10 years ago began an odyssey of change that continues for me to this day.

One of the most famous scientists to do research on the island was Ancel Keys, from the University of Minnesota. Keys was well known for creating “K” rations for World War II soldiers and leading controversial starvation studies on conscientious objectors during the war. Keys led a team of scientists in the 1950’s researching men with heart disease in 21 countries throughout the world. His findings showed that East Finland had the highest rates of heart disease deaths at 171 deaths per thousand, the United States was at 92 deaths, Italy, a Mediterranean country was at 24, and Japan had 13 deaths per thousand. Crete had an astonishing 3 deaths per thousand . This number was so remarkable that they sent researchers back to Crete to scour the island for more cases. The numbers remained consistent. The United States had 30 times more heart disease than Crete. Remember, this isn’t a 30% difference, it is a 325% difference in the rate of heart disease between the U.S. and Crete. This is where Ancel Keys made a very fatal error that changed the course of nutritional history in the United States. Because his theory was that fats were the cause of heart disease, he neglected to report on all the countries that didn’t support his theory. His 21 country study became the 7 country study. Crete, with the lowest rates of heart disease in the world and an average daily fat intake of 40% of total calories, was ignored. In fact, Keys ignored every country that had high fat intakes and low heart disease. Because Keys went on to have a strong influence on American dietary beliefs, the low-fat diet in America was born.

A misguided scientist abruptly changed American dietary habits, but Crete’s cuisine remained pretty much the same for centuries. Crete, originally part of Minoan civilization, derives its culinary influence from the cuisine of neighboring Greece as well as the major occupiers of Crete throughout history: Venice and Turkey. Still, Crete is truly an island of its own when it comes to food.

My first trip to Crete in 2005 was the beginning of my education about the true Mediterranean Diet. I spent two months enjoying meals in homes and restaurants, learning traditional cooking methods, gathering recipes, and enjoying the laid back lifestyle of the island. The food was always satisfying in a way that I sometimes thought would not be replicable when I returned home, but I was wrong. The essence of Crete shines through in my cooking when I use fresh ingredients to make great recipes to be shared with friends and family. This scenario can be replicated anywhere in the world, not just in the Mediterranean.

The people of Crete say “We have olive oil in our veins.” This isn’t at all an exaggeration. Mediterranean Living’s Koula Barydakis has been going into the mountainous villages in Crete to interview elders who have lived well into their 90’s. When asked how much olive oil they eat in a day, some report consuming a cup a day while others have reported a daily intake of 2 cups! I have found recipes in Cretan cookbooks that call for 2 cups of oil for a recipe that serves 8. Many Cretans drink a shot of oil every day for their entire lives.

The olive oil produced in Crete is extra virgin and it is very fresh, thick and tasty. As you may have heard, 75% of the olive oil sold in the United States is fraudulent in one way or another which means it is often neither extra virgin nor fresh. Using the highest quality, freshest extra virgin olive oil is of paramount importance for your health for the following two reasons:

There is nothing quite like picking seemingly random greens from the ground, boiling them in olive oil and then making Cretan “Horta” pies. Horta is a group of wild greens that Cretans eat daily. The variety changes with the seasons. These greens are bitter, and when cooked right they are full of flavor. Whenever I go to Crete I try to eat them every chance I get. Bitter greens are like a natural vitamin supplement full of vitamins and minerals including Vitamins A, C, and K. Some greens are loaded with healthy Omega-3 fats. The bitter flavor stimulates digestion and helps to detoxify the body. One word of caution: If you add sweetness (such as honey) to reduce the bitterness, you also reduce the digestive benefit, which actually starts with the bitter flavor receptors on the tongue. If you think you don’t like bitter greens I recommend trying a Cretan recipe such as Horta with Potatoes and I think you will change your mind.

The average American eats 2 1/2 servings of fruits and vegetables a day. The average Cretan eats 9 to 12 servings a day! Lunch and dinner are both vegetable based meals. Stews may contain a small amount of meat along with plenty of veggies and olive oil. This will usually be accompanied by a salad and possibly a few vegetable side dishes. As with the bitter greens, if you don’t think you like vegetables I would highly recommend trying some of the recipes from Crete or from any of the other Mediterranean countries. Most vegetables and fruits from Crete are organic and grow naturally on everyone’s land. The nutritional value of fruits and veggies are always best from local, organic farms and picked at maximum ripeness.

The main protein eaten in the U.S. is meat, while the main sources of protein in Crete are beans, nuts, and seeds. Religion plays an important role in this, as the population of Crete is 98% Greek Orthodox. Custom dictates fasting on the many religious holidays (which total almost half of the year). Fasting means refraining from all animal products including meat, chicken, fish, eggs, and dairy. Bean soups and casseroles are often eaten on these days. Beans, nuts, and seeds are eaten every day. 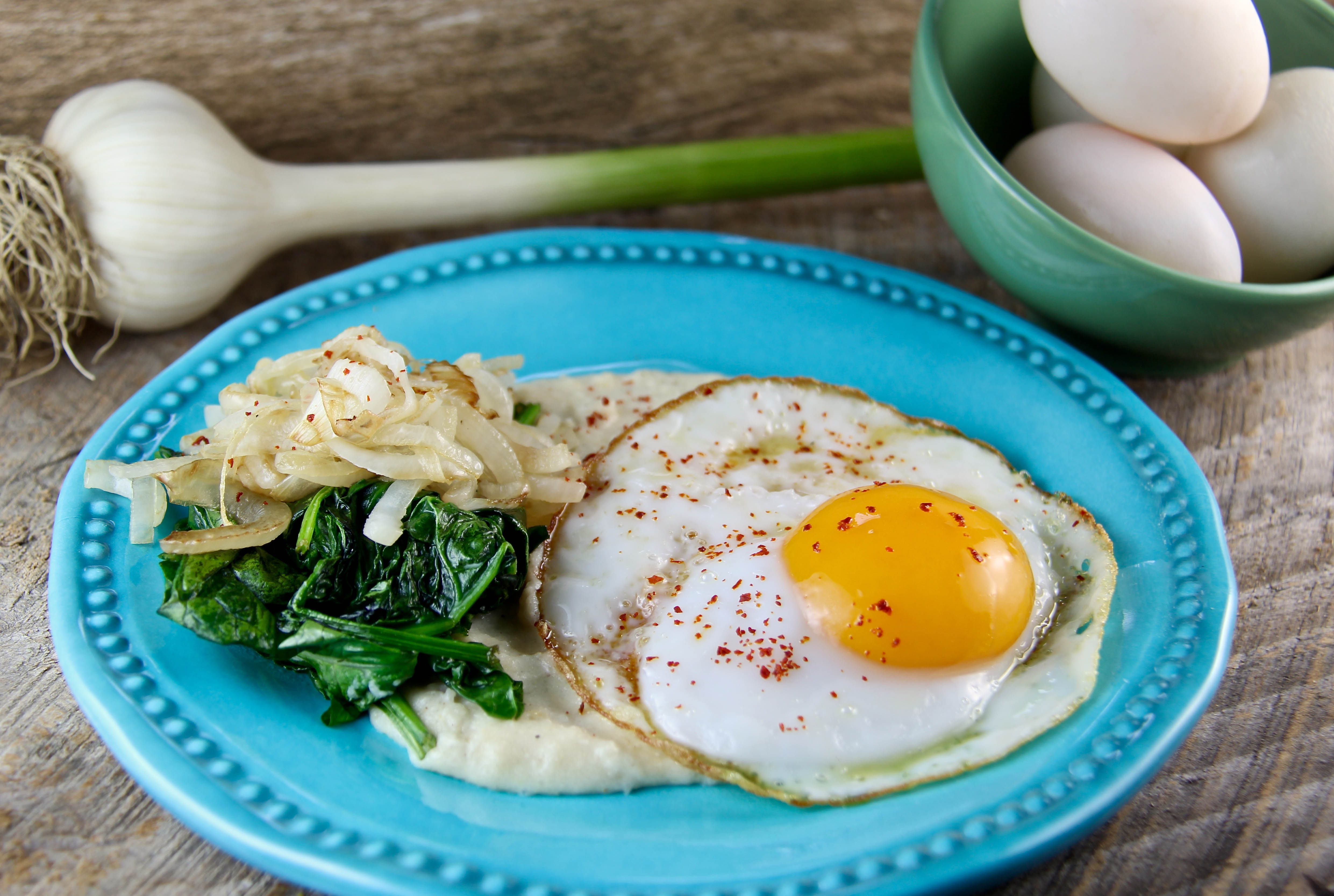 I remember driving down a highway in Crete looking up the steep mountainside above and seeing a goat hanging from an olive tree 50 feet up. The goat looked like it could tumble onto my tiny rental car in a second. Everywhere you look in Crete you see animals roaming the countryside, eating herbs and berries from trees. Grass fed animals are leaner and healthier, and because they are eating herbs instead of grains their meat has high levels of omega-3 fats. These essential fats, which are deficient in the diets of most Americans, help with everything from bone health to depression.

I am a bit of lightweight when it comes to drinking. When I am in Crete and drinking the average amount of wine and moonshine I feel as if I am in a constant, mellow state of buzz. Everyone drinks wine on a daily basis on the island (yes, even kids). It is customary to have a glass or two of homemade wine at lunch and at dinner. Some even have a glass at breakfast! To top it all off, a moonshine called raki (made from distilling the seeds and skins of grapes after making wine) is often served at the end of the meal. A small amount of alcohol with your meal has been shown to have beneficial effects on your heart and can increase your HDL (“H” for healthy) cholesterol. Of course, if you don’t drink alcohol, you can also increase your HDL with exercise.

If you make it to Crete, ask to try some homemade wine. One of my favorites was lemon wine, which was the smoothest wine I have ever tasted and was more like lemonade.

Fish and Seafood from the Sea or Ocean

Most people overestimate how much fish is eaten in the Mediterranean. The average person in Crete eats about 6 ounces of fatty fish per week. That is about the size of a small can of tuna. Fatty fish from the ocean is packed with healthy omega-3 fats. Sardines and other fish that are eaten whole are an incredible source of calcium. Fish and seafood in Crete are often cooked in soup with lots of veggies and olive oil.

If you travel to the healthiest places in the world with the highest longevity rates you will always find that some type of grains that are eaten. In Crete, bread is often made with barley or wheat and is often made with a sourdough starter, as opposed to yeast. Sourdough bread has a lower glycemic index than yeast bread and some think it might be slightly healthier for you. It is eaten at almost every meal, but not in huge quantities, and always in conjunction with lots of veggies, olive oil, beans, or meat. Rice and pasta is eaten much the same way. You aren’t going to get a huge bowl of pasta with meatballs, buttery garlic bread, and a tiny salad. Instead, you will get a huge salad, some bread, a casserole with more veggies, and side dishes including grains, vegetables, and some meat or beans.

The last time my wife Christine and I were in Crete we visited my co-author Koula Barydakis. She brought us high into the mountains to a traditional Cretan restaurant. When we sat down, the owner came out and asked us if we would like some tea. Instead of heading into the kitchen, he went out the front door, and we followed him as he picked fresh leaves from the herb bushes in his garden. These herbs included mint, wild marjoram, thyme, and some I hadn’t heard of. He brought them into the kitchen, steeped them in hot water and served it to us as a delicious, healing tea. The first time I went to Crete I caught a cold, went to the local corner store and asked for some medicine. They reached under the counter and handed me a bag of a dried herb called Diktamos. Diktamos tea is known for it’s healing qualities. The tradition of herbal teas for health has remained strong on the island and continues to be an important part of everyday life.

To discuss the cuisine of Crete as simply a list of ingredients (as I did above) does not tell the whole story. To really experience the difference, eat a meal entirely composed of the traditional recipes, prepared with the freshest ingredients, while surrounded by friends. Tune in to how this delicious food makes you feel, both while you are eating, and afterwards. In my next blog post I will show how you can eat Mediterranean here in America. I hope you take the time to try some of of our recipes.