How to Eat Greek: Our 7-Day Mediterranean Meal Plan

Go Greek – for a week, at least – with our Mediterranean meal plan 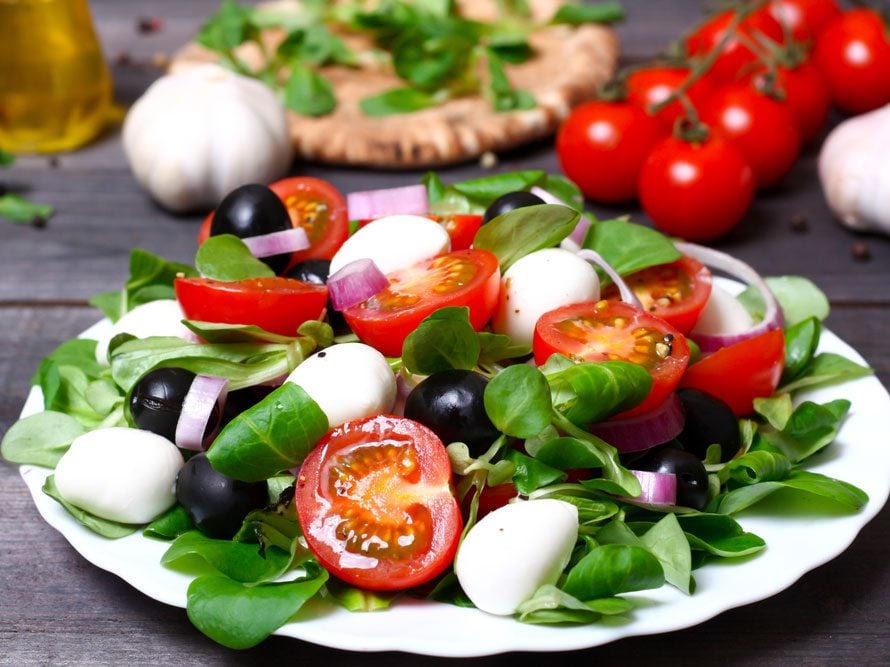 Although much touted lately, the Mediterranean diet is nothing new. In fact, it dates back to the 1950s, when American doctor Ancel Keys began a decades-long study comparing eating patterns and heart health in seven different nations. He discovered that the noshing native to people living in Greece, Italy, Spain and certain neighbouring countries provided the most protection against heart disease – and so, the Mediterranean diet, which focuses on produce, whole grains, nuts, fish and olive oil, was born. More than six decades later health experts are still singing its praises.

Read on for seven days’ worth of dietitian-approved healthy eating tips that will get you on the Mediterranean diet track. 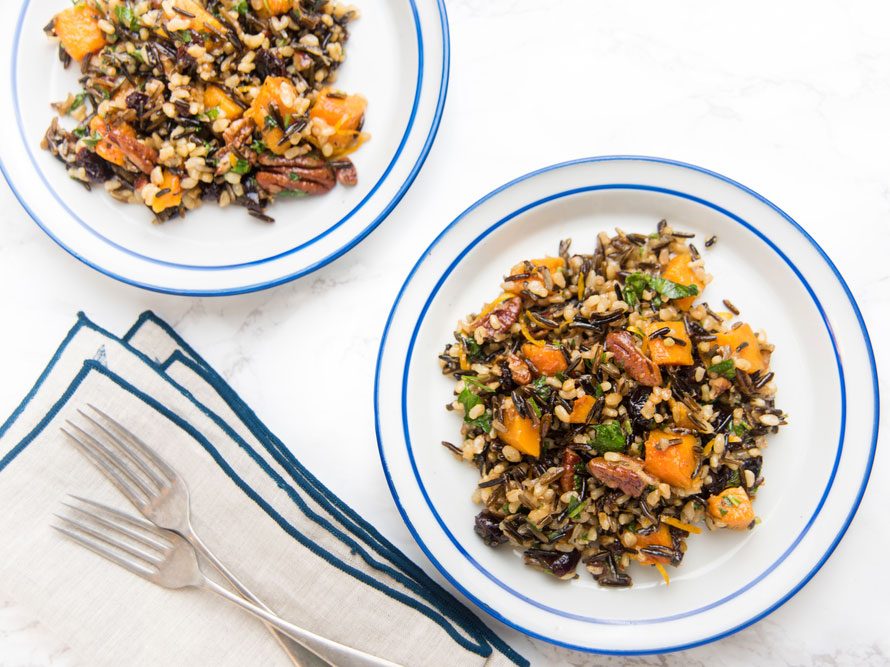 Whole grains, which provide significant amounts of dietary fibre, are an essential part of the Mediterranean diet. To get your fill, Schwartz suggests swapping the starch portion of your dinner plate for a whole-grain version, like brown or wild rice instead of white. To avoid boredom with the same-old sides, try a new grain like teff pasta. Teff is the hallmark of many Ethiopian dishes and can also be used to make savoury or sweet pancakes or porridge.

Basic Teff Porridge Recipe
To make teff porridge, the ratio is one portion of teff grains to three portions of water. First, toast your teff grains in a saucepan for a few minutes, stirring so they won’t burn, until they start to pop. Then add the water with a pinch of salt and boil it for 15 to 20 minutes (until the water is absorbed and the grains are softened), stirring occasionally. Remove from heat and let sit, covered,  for a few minutes. 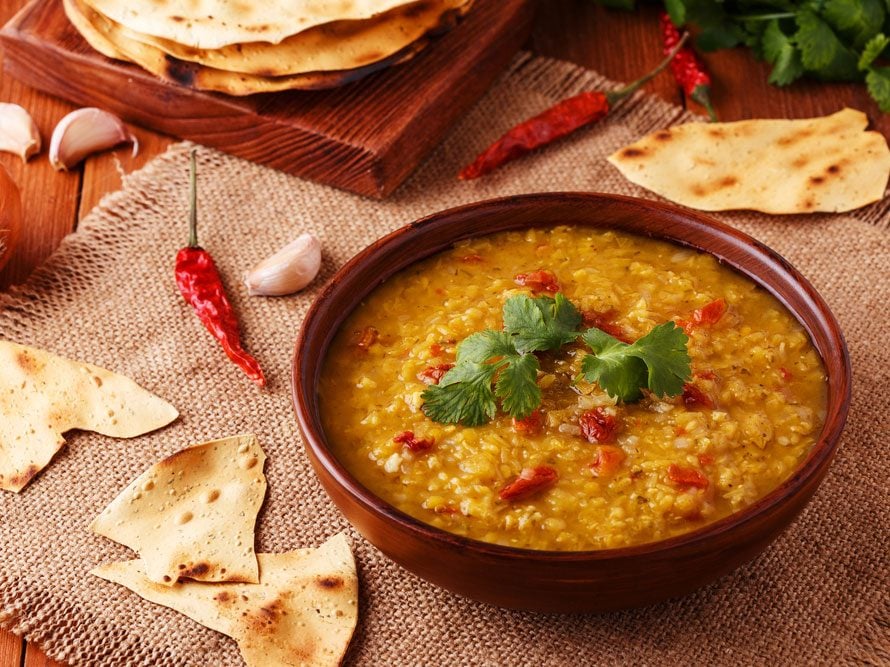 Lentils, chickpeas, beans and peas are types of pulses that can easily be the main star of a meal because they’re filling. Pulses are also terrifically good for you. “They contain cholesterol-lowering fibre and are prebiotic, so they promote the growth of healthy bacteria in your gut,” says Schwartz. They are all staples of dishes from different areas of the Mediterranean, so do some travelling with your meals and explore recipes from Italy, like a pasta e fagioli bean soup, or Morocco, with a red lentil stew. 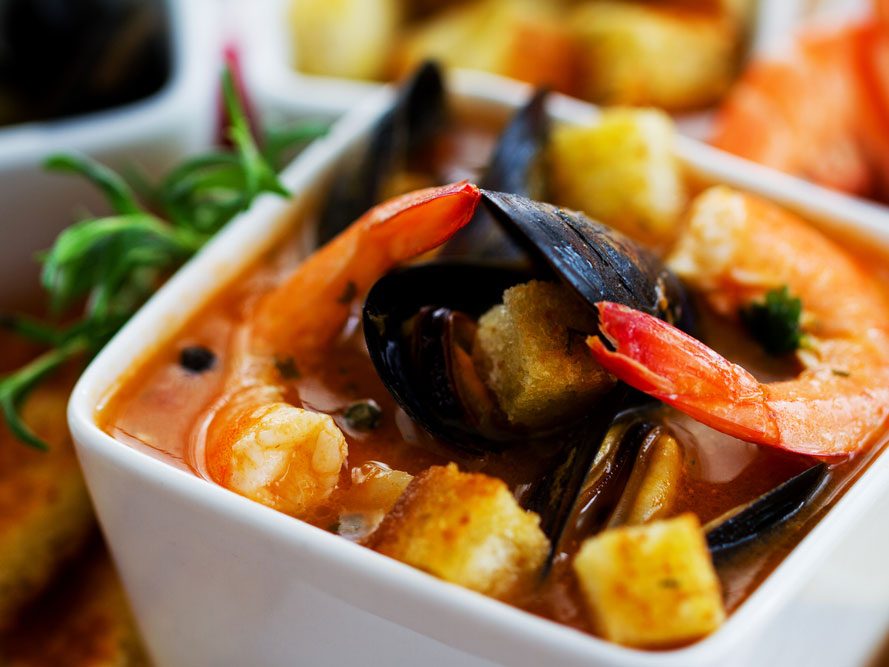 If you’re going to fit two omega 3-rich fish or seafood recipes into your meal plan each week, you’ll likely need to branch out from your usual repertoire of recipes or types of seafood to make that work. It doesn’t have to be daunting, though. A fish-based supper could be as simple as a Mediterranean dish made with dried pasta, canned tuna, fresh garlic, canned, diced unsalted tomatoes and canned chickpeas. “Throw those all together and you’ve got a delicious dinner
or lunch,” says Schwartz. 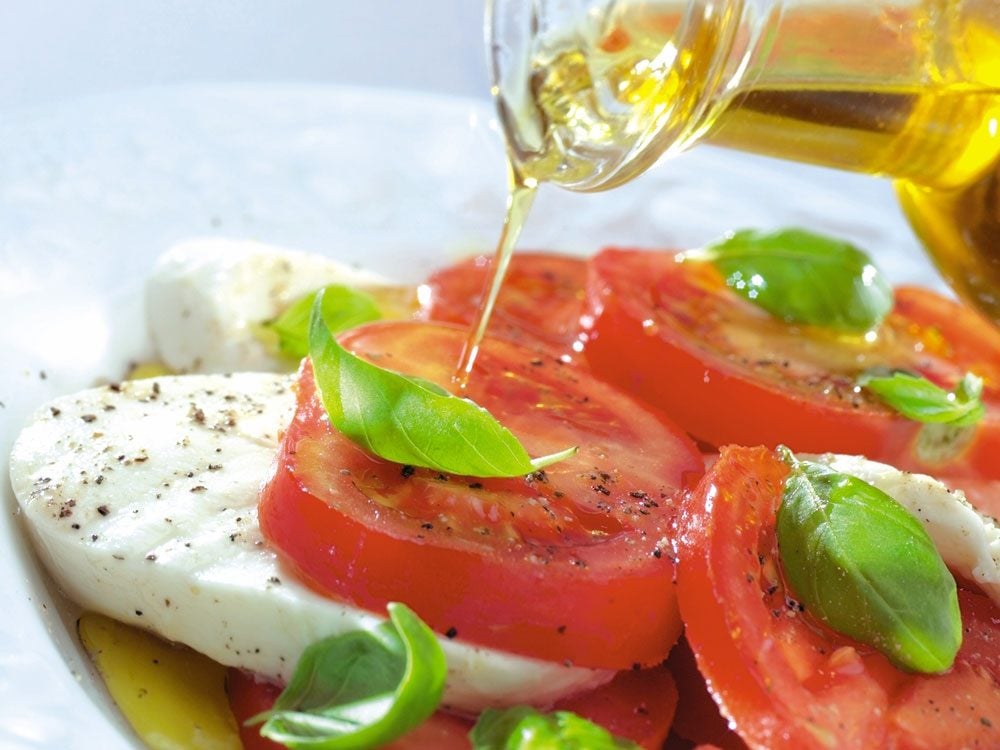 Time for a peek in your pantry to make sure you’ve got extra-virgin olive oil (not regular, and definitely not light) on hand. Using it is as the main fat in your diet, alongside nuts and seeds, is the Mediterranean way. “People think that light olive oil is lower in calories, but really what it’s light on is nutrition,” explains Schwartz. “Extra-virgin olive oil contains a variety of different phytonutrients, with anti-cancer compounds and compounds that promote healthy arteries,” she explains. “When you refine olive oil, you lose a lot of these compounds.” 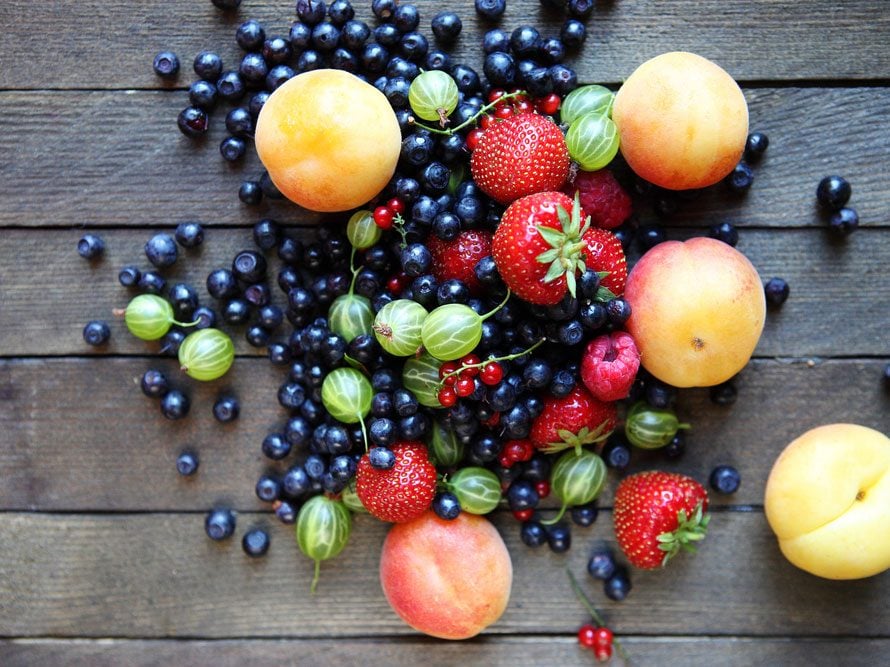 In the Mediterranean, explains Schwartz, cakes and other similar goodies are special-occasion foods, so if you’re going to have a treat at the end of a meal, make it fruit based. Fresh or frozen fruit will work, as will a fruit crisp, which has the added benefit of an oat topping, so it’s another way to sneak in more whole grains. 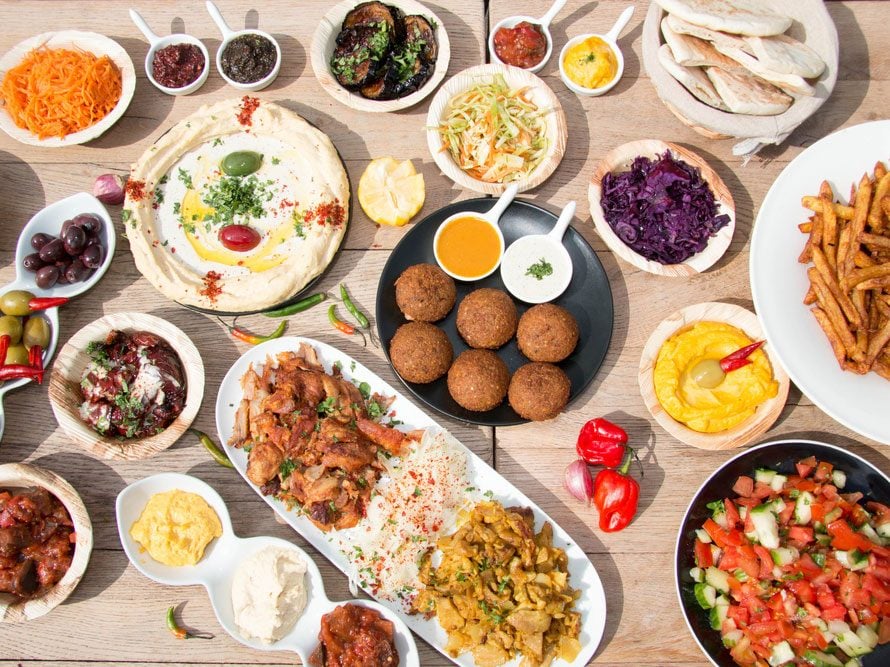 “The Mediterranean is about enjoying meals together,” says Schwartz, so plan to eat with family or friends at least one day a week, both for enjoyment and for the health benefits. If you’re single, make it a habit to meet up with others for a potluck dinner or a meal out. If you do choose to go to a restaurant, consider sharing plates so that you aren’t tempted by the larger portions.

If you eat meat, then you likely put together dishes with the meat as the focus and then a vegetable and a starch on the side. But since red meats like beef, pork and lamb are limited with this diet, you’ll have to retrain your brain in terms of how to approach using them, says Schwartz, though it doesn’t mean you have to give them up completely. “Make the meat a garnish rather than the centrepiece,” she suggests. If you normally put meat in your pasta sauce, reduce the amount you’d normally use and add lots of vegetables so it’s still satisfying and packed with plenty of plant foods. Or, top a salad with a few small slices of lamb or steak.

Can You Have Dairy on the Mediterranean Diet?

Mediterranean Diet Cookbook for Beginners: 500 Quick and Easy Mouth-watering Recipes that Busy and Novice Can Cook

What Is Sirtfood Diet And How Does It Work? (Phases Explained)