Ketosis for Seniors: What Should You Know?

Exactly What to Expect When You Eat Sugar in Ketosis 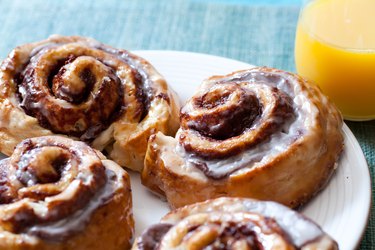 The carb limit to stay in ketosis is pretty low, and eating sugar can take you out of this fat-burning state.

Following a ketogenic diet requires a lot of focus, especially on keeping your carbohydrate and sugar intake to a minimum. When your body is deprived of carbs, you enter (and stay in) a condition called ketosis, in which you burn fat instead of carbohydrates for energy.

Getting your body into ketosis can take several days, and in order to keep it there, you have to maintain your low carb intake. But what happens if you give in to the temptation of a chocolate bar or garlic bread?

Here’s what to know about ketosis, and how to deal with these very human slip-ups.

Read more: Signs That You Are in Low-Carb Ketosis

The ketogenic diet was originally designed to treat epilepsy, but it’s now become a popular weight-loss plan, in part because its focus on fat can make you feel fuller than on other diets.

When your body has used up all the available carbs it would normally burn for fuel, it starts burning ketones — a form of energy made from fatty acids. It takes a few days to fully enter a ketogenic state, during which a majority of the energy your body burns comes from ketones and not from carbs.

As your body is entering ketosis, you might experience side effects collectively dubbed “keto flu,” which can include fatigue, upset stomach, headache and dizziness, according to the Academy of Nutrition and Dietetics. These symptoms are most common when a person is first entering ketosis and usually subside once the body has adjusted to burning ketones instead of carbs.

The most accurate way to know if you’re in a ketogenic state is to test your blood or urine using test strips, available at drug stores and online.

But some people say they feel differently when they’re in ketosis, too. “You can usually tell,” says Franziska Spritzler, RD, author of The Low-Carb Dietitian’s Guide to Health and Beauty. “You’re not as hungry.”

Read more: How to Make Your Breakfast Keto-Friendly

Falling Out of Ketosis and Getting Back In

Many keto plans recommend getting only about 5 to 10 percent of your daily calories from carbohydrates. For most people, that translates to between 20 and 50 grams of carbohydrates a day.

Going over that daily limit by eating or drinking something that’s very sugary or starchy gives your body back its original fuel source: carbs. It will then fall out of ketosis and switch back to burning carbs, which it does more easily.

Read more: How to Increase Fat Burn During Ketosis

But falling out of ketosis doesn’t mean starting over from scratch. Though it can take several days to fully reach ketosis during the initial stage of your diet, it doesn’t take as long to get back into ketosis again after a slip, says David Bridges, PhD, assistant professor of nutritional sciences at the University of Michigan School of Public Health.

“Yes, if you go to your mother’s house and she made these delicious cinnamon rolls and you just have to have one, it will probably stop the process of generating ketones and take you out of ketosis temporarily,” he says. “But if it’s just one meal, and you go right back to your diet, you should be able to get back into ketosis fairly quickly.”

Read more: Signs That You Are In Low-Carb Ketosis

Eating sugar while in ketosis can cause side effects, too. “You might experience some gastrointestinal distress,” says Bridges. “If you’ve been in ketosis for a while, your body may no longer be equipped to digest high-carbohydrate foods in the same manner as it used to be.”

You may also experience symptoms of keto flu as you get yourself back into ketosis. And if you stop following a low-carb diet for more than just a meal or two, you’re likely to gain back some of the water weight you lost initially, says Bridges.

Read more: 7 Things Nutritionists Want You to Know About the Keto Diet

Spritzler says that eating sugar while in ketosis may also trigger a setback psychologically for some people. “I recommend staying low-carb as much as you can, because when you get used to eating a certain way, you can get to the point where you really don’t crave sugar,” she says. “But if you go ahead and have a cheat day or a cheat meal, it can stimulate those pleasure centers in the brain. It can be difficult to get back on track without wanting that sweet treat again.”

The bottom line, both Bridges and Spritzler agree, is that eating a starchy meal or a sugary dessert certainly could throw your body out of ketosis — and it might make you feel pretty lousy for a short time, as well. But as long as you’re not chowing down on high-carb foods regularly, the occasional treat shouldn’t derail your long-term plans for losing excess weight or keeping it off.

Ketosis for Seniors: What Should You Know?