Adele’s before and after weight loss look explored as the singer was spotted at the NBA finals game in Phoenix, Arizona on Saturday, July 17.

The Rolling in the Deep singer’s fans have been in overdrive since her recent appearance at the NBA game.

The singer was spotted at the finals game between Milwaukee Bucks and Phoenix Suns. She sat next to sports agent Rich Paul.

Fans swooned over the British songstresses’ look during the game, as she sported a large printed overcoat over a black t-shirt and pants. Many also began searching about Adele’s weight loss journey. 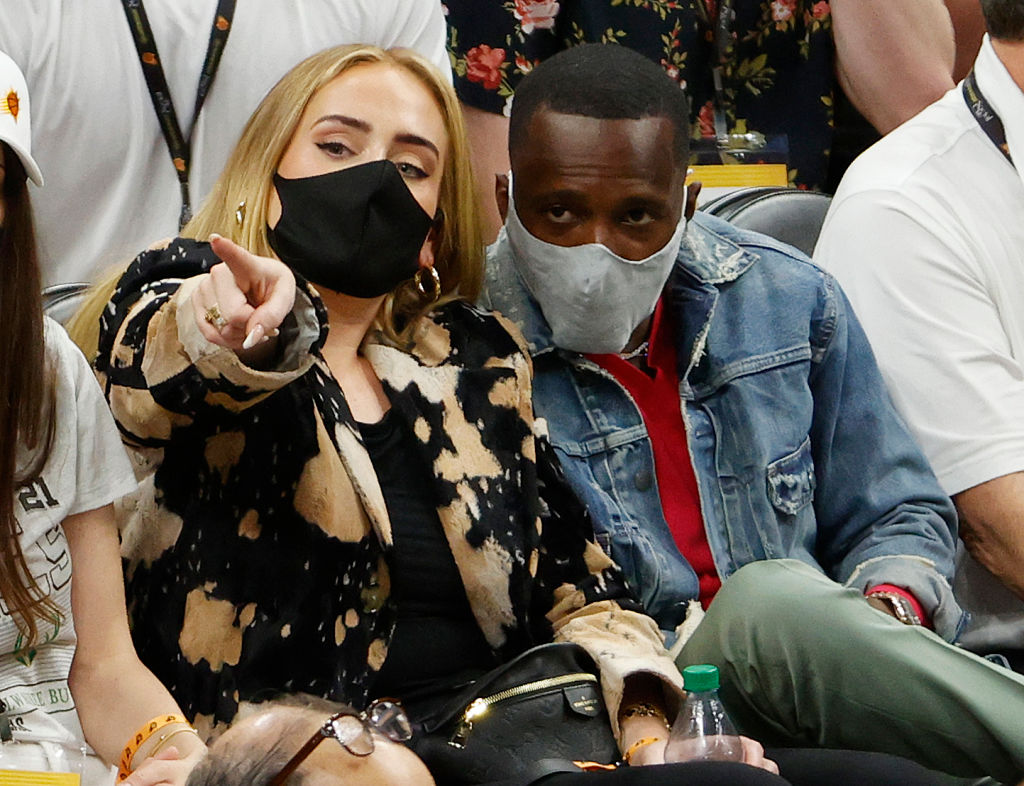 Adele’s before and after weight loss pictures explored

The 33-year-old singer has always been her unapologetic self. She is known for her mesmerizing and powerful voice as well as her larger than life and bold personality.

The Hello singer shocked her fans with her drastic weight loss in 2020. However, Adele has always been confident in her body which is what made her weight transformation ever more inspiring. The singer reportedly lost around 50 pounds.

Her Instagram features her stunning before and after pictures.

The picture posted above is from 2017 and the singer is spotted on stage alongside a fan, during her performance. Although with considerable weight on her, Adele looks stunning in the off-shoulder tinsel gown.

In a more recent picture (posted below) from August 2020, we see the Grammy winner at the Notting Hill Carnival. Sporting her printed pants and a bra with the design of Jamaican flag on it, the singer shows off her curves. Her visibly tiny frame shows the work Adele has put into her body transformation and health.

How the singer lost her weight

Adele began her weight loss journey back in 2019. A source close to the singer at the time revealed to US Weekly that she was exercising three times a week.

Her former personal trainer Pete Geracimo revealed in an Instagram post that Adele’s decision to lose weight was not due to body image issues or insecurities. He revealed that she wanted to improve herself for the benefit to her and her family only.

The mother of one said in an interview with the Rolling Stone magazine, that she enjoyed doing weights training. In the US Adele worked with US trainer Dalton Wong, a trainer whose clients include Jennifer Lawrence and Vogue Williams.

Adele also revealed in she limited her sugar intake and has cut down tea from her daily diet. She revealed that she previously used to drink 10 cups a day with two sugars in each, which is 20 sugar cubes a day.

Fans react to her recent appearance at the NBA finals

The Oscar winner’s fans couldn’t help but swoon over her gorgeous look at the NBA finals game in Arizona.

In other news, What is the ‘Mommy Sorry’ TikTok sound and why has it gone viral?

Have something to tell us about this article?Let us know