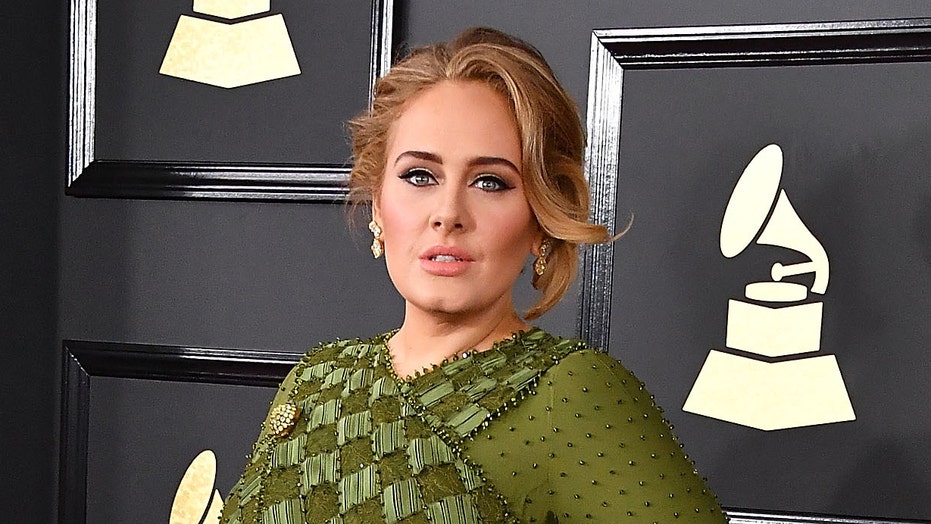 Adele is having fun in quarantine.

The 32-year-old singer-songwriter showed off her recent weight loss once again in an Instagram post on Saturday, in which she appeared to be having a good time enjoying her own music.

In the two photos, the “Someone Like You” singer could be seen watching a recording of one of her performances on television. In the first, she fanned herself while wearing sweats and squatting hear the TV.

In the second photo, Adele, a total blur, was dancing along to her own performance and had donned the same dress she wore on television.

“5 ciders in,” she wrote in the caption.

Notoriously private, Adele even took special care to cover up picture frames in her home with red heart emojis.

In the comments, a fan asked about when the singer planned to release new music, and got a cheeky response.

“Of course it’s not,” the singer wrote. “Corona ain’t over. I’m quarantining. Wear a mask and be patient.”

To conclude the comment, Adele added another red heart.

Earlier this year, Adele appeared at a friend’s wedding, where she performed, but also told the audience to “expect my album in September,” as showcased in a since-deled clip obtained by Pop Crave.

The “Rolling in the Deep” musician wasn’t the first to change her music-release schedule because of the coronavirus outbreak. Both Lady Gaga and Sam Smith announced a delay in their albums.

Gaga’s album dropped last May and Smith has not announced a new release date.

Additionally, many musicians have rescheduled tours and live performances, while massive festivals Stagecoach and Coachella were canceled for the year due to the outbreak.