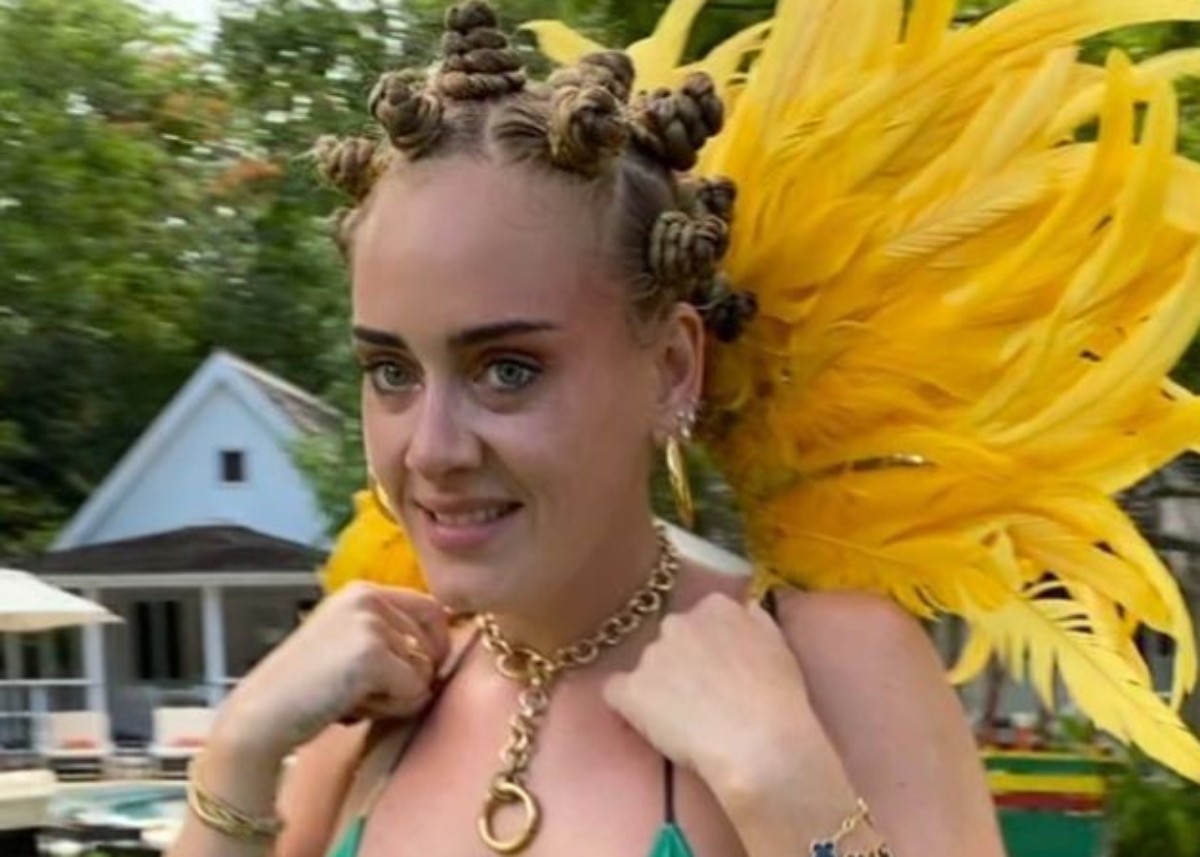 Adele shared a photo on her official Instagram account that is getting mixed reactions from the public. First, Adele has lost a lot of weight. Reports suggest she lost approximately 100 pounds and she showed off her newly svelte figure in the photo. Adele wore a classic-style, triangle bikini top with a gold chain that featured a large ring. She paired the bikini top with a pair of yoga pants and showed off her flat stomach. Fans couldn’t help but leave comments regarding Adele’s weight loss journey and her incredible transformation.

Adele wore her hair in twisted knots called bantu braids. She held yellow feathers behind her head and wore the Jamaican flag on her bikini top. The reason she was dressed up was to celebrate Carnival in Notting Hill. Unfortunately, due to Covid, the event was canceled and Adele expressed her disappointment. She stated the following with her 38.6 million Instagram followers.

“Happy what would be Notting Hill Carnival my beloved London 🇬🇧🇯🇲”

Though many praised Adele for her weight loss and flat stomach, there were others who slammed her for her outfit and her braids and accused her of cultural appropriation.

You may see the photo that Adele shared below.

Happy what would be Notting Hill Carnival my beloved London 🇬🇧🇯🇲

Here is an example of some of the comments that slammed Adele and accused her of cultural appropriation.

“right now… black people are being systemically targeted and killed. and adele (a millionaire), instead of donating any real wealth to help solve the issues, is just cosplaying as a black person on her instagram. okay… we’ll remember this when we eat the rich and bring out the guillotines.”

While many people attacked Adele, a woman who defined herself as being from Caribbean descent, stated that there is a difference between cultural appreciation and cultural appropriation. She posted the following in Adele’s comment section.

“As a woman of Caribbean descent myself (Trinidad) I think she looks great. Too many people in the comments demonstrating that they still can’t differentiate between cultural appreciation and cultural appropriation.”

What do you think about the controversy? Do you believe that Adele is guilty of cultural appropriation or is she exhibiting cultural appreciation?

Charisse Van Horn is a freelance writer from Tampa Bay. She enjoys writing about celebrities, entertainment, and fashion. Any reproduction of this article outside of Celebrity Insider will be met with legal action by the writer.