Adele shared a rare gallery of pictures of herself of Instagram on Wednesday to mark her 33rd birthday.

Clearly relishing her single status, with the caption: ‘Thirty FREE’, she showed off her seven stone weight loss in a stunning snap of herself dancing in a form-fitting tie-dyed dress as she spun around and pouted for the camera.

The singer also shared a beautiful make-up black and white snap in which she showed off her planet tattoo on her lower arm.

Adele – known for her limited social media activity – treated fans to the stunning trio of snaps which showed her in a series of candid moments, with the images captured by Raven B. Varona.

Enjoying a dip in the ocean, she was also seen wearing a brightly-coloured, bold swimsuit with long sleeves while throwing her arms in the air.

Adele’s ‘freedom’ note appeared to be a nod to her single status after splitting from her husband Simon Konecki two years ago. The couple share son Angelo, eight.

Her friends were feeling just as celebratory, as her make-up artist pal Michael Ashton to Instagram, the singer beamed and playfully pouted to the camera while her best friend Paul Drayton, Alan Carr’s husband, shared sweet snaps earlier in the day.

Her author friend Laura Dockrill also shared images of Adele transformed into Faith-era George Michael while Laura larked behind in a Beetlejuice costume.

In the snaps shared by make-up artist Michael, 39, it saw the Hello hitmaker playfully put her hands around his mouth before pouting to the camera.

A different photo saw Adele and Michael at a candlelit dinner while another saw the duo pose for a camera selfie.

The make-up artist captioned the snaps with: ‘HAPPY BIRTHDAY DUSTY @adele How did we think Blackberry pics were OK ?!?! 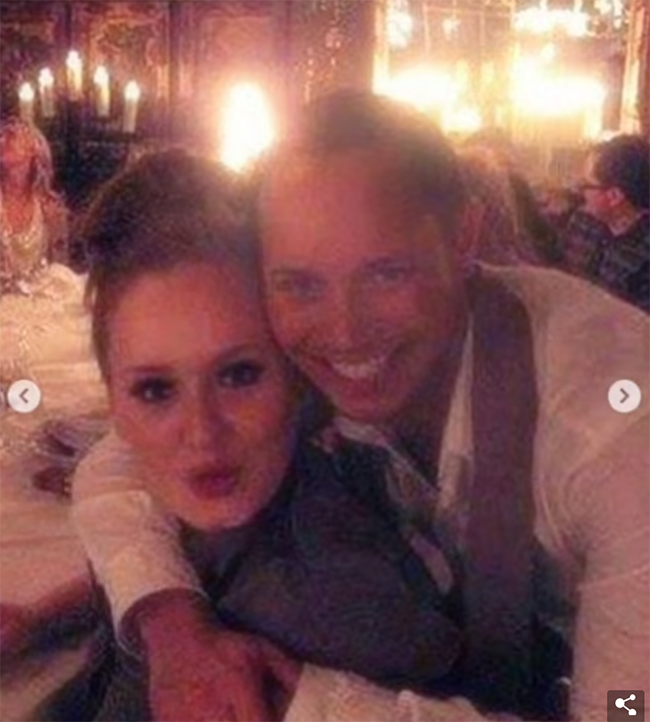 It comes after Adele received an amazing tribute from author Laura Dockrill shared to Instagram.

The songstress looked incredible as she transformed into Faith-era George Michael while Laura larked behind in a Beetlejuice costume. 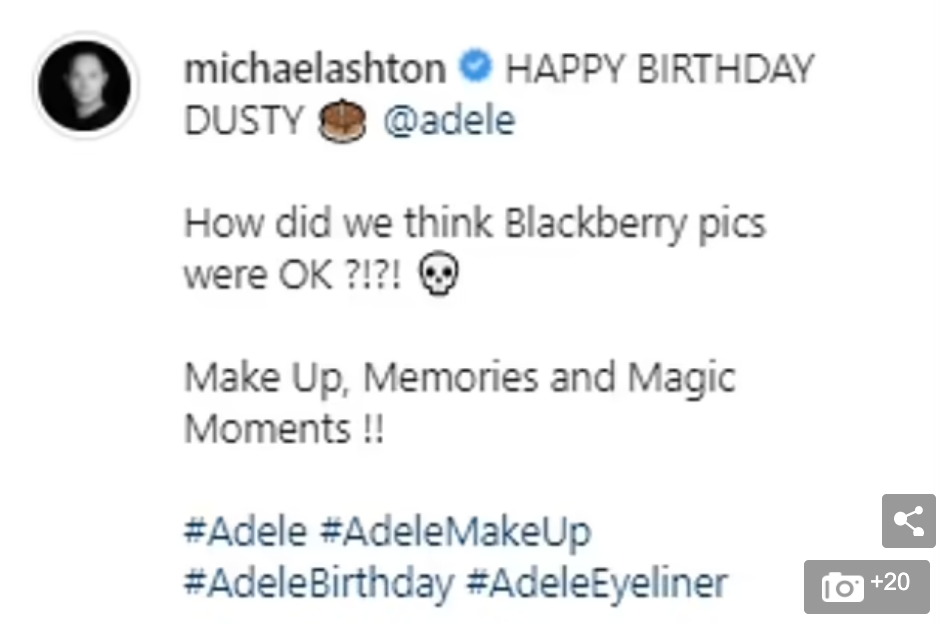 Laura shared a caption reading: ‘Make sure you BFF with someone that also goes to fancy dress parties not dressed as a sexy cat. Fulfil the brief. Nail the assignment. (Flat shoes for life) I love you so much happy birthday’.

Adele’s transformation into the late music icon comes after she made her passion for his music clear when she performed a tribute at the Grammy Awards in 2017, however voiced her heartbreak when things didn’t go according to plan.

As she went to sing his 1996 song Fastlove, she said on-stage: ‘I’m sorry for swearing and I’m sorry for starting again. I can’t mess this up for him. I’m sorry, I can’t.’

Speaking about her feelings towards the song, she gushed: ‘When the video came out for that, I was blown away by how f—ing hot he was. It’s actually quite exceptional how good-looking he was.’

Adele later discussed the moment she learnt of his death, saying: ‘I actually had to go for a walk on my own and just breathe for a while.’

George passed away on Christmas Day in 2016 at his home in Goring-on-Thames, aged 53, from cardiomyopathy with myocarditis and a fatty liver.

The post comes after Adele looked incredible as she was seen for the first time in months at Daniel Kaluuya’s Oscars afterparty in Los Angeles last month.

The singer who has lost a staggering seven stone, celebrated the actor’s Best Supporting Actor win for his role in Judas and the Black Messiah alongside a host of her celebrity pals, including Drake, 34.

Adele appeared to be having the time of her life as she took selfies, enjoyed cocktails and danced with pals into the early hours, with the party believed to have taken place at a private house.

Adele’s actress friend Amber Chardae Robinson couldn’t resist taking a snap as they partied the night away, with Amber, who starred alongside Daniel, 32, in Judas and the Black Messiah, later uploading it on her social media.

Adele cut a glamorous figure in a $2,450 LaPointe lime green coat from the designer’s 2020 collection.

She teamed the statement coat, which had feathery plumes on the sleeves, with matching snake print jacquard pintuck trousers, a low scoop black vest and $620 earrings from Shaune Leane jewellery.