In 2020, Adele shocked the internet when she revealed her transformation.

Reportedly, the singer lost 98 pounds by working out regularly, eating a well-balanced diet, and getting enough sleep. But Adele isn’t the only A-lister who has lost a lot of weight in the past.

Here are 12 other celebrities who have lost more than 40 pounds and how they did it. 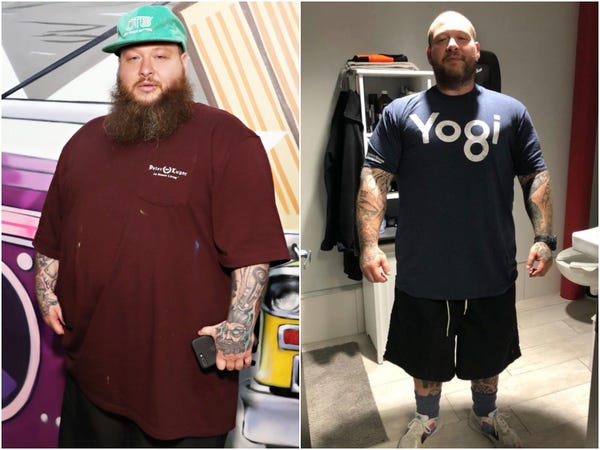 Cindy Ord/Getty Images for BEYOND THE STREETS/bambambaklava/Instagram

Bronson is famous for his music career, but he also hosted a show on Vice called “F—, That’s Delicious,” which prompted him to develop unhealthy eating habits.

“If I made something that was a big, round dish, I would eat the big, round dish. I wouldn’t just have one piece,” the rapper told Men’s Health in 2020. He went on to say, “There was a lot of s— like pre- diabetes , eczema, asthma, all kinds of f—ing dumb stuff that I had given myself.”

In 2019, Bronson’s partner gave birth to his son, prompting the rapper to take his health more seriously. In March, Bronson started a workout routine, which included boxing, medicine balls, and burpees. He also described his diet as “boring” these days.

“This journey started way long ago,” Bronson told Men’s Health. “I was born heavy. I was a heavy child. This transformation was long overdue.”

Jessica Simpson said she lost 100 pounds after having her third baby. 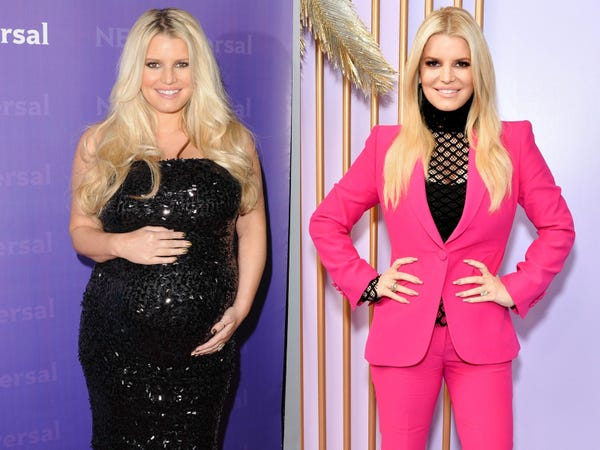 After having three children, Jessica Simpson said she weighed 240 pounds. But in 2019, she announced she had lost 100 pounds by focusing on her exercise. Her trainer said she walked 14,000 steps every day, worked out in the gym, and got seven hours of sleep every night.

“Even when it felt impossible, I chose to work harder,” she wrote in an Instagram post in September 2019.

John Goodman lost more than 100 pounds by sticking to the Mediterranean diet, according to his trainer. 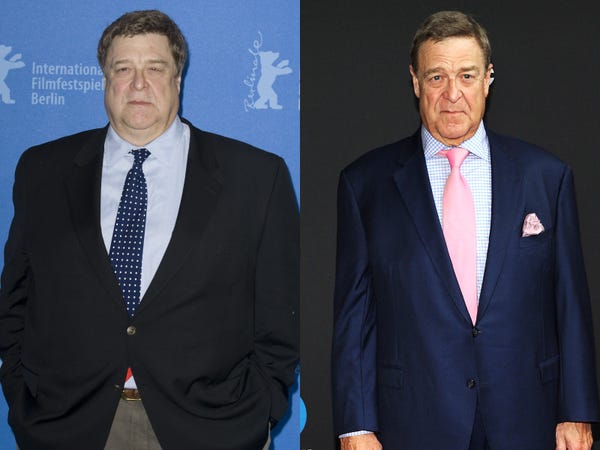 The “Roseanne” star showed off his weight loss in 2015. His personal trainer said he had lost 150 pounds by sticking to the Mediterranean diet and cutting down on red meat. Goodman also said he lost the weight by focusing on how much he was consuming.

“It was basically just portion control, and ‘I don’t need it,’ I was just shoving everything into my mouth,” Goodman told AARP in 2018.

Back in 2015, comedian and host Drew Carey lost 100 pounds by changing his approach to food. 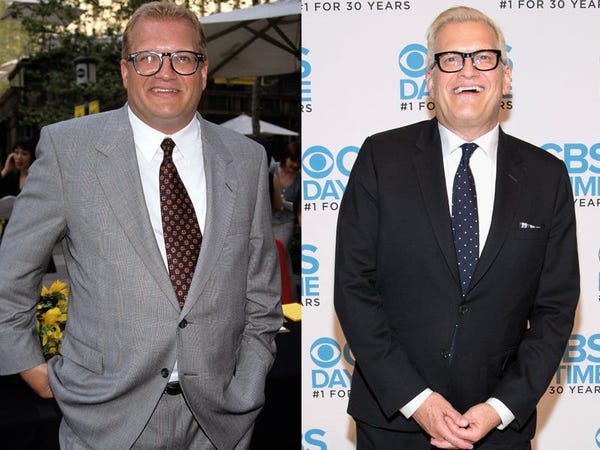 Drew Carey is known for hosting “The Price is Right” and for his comedic talents, but while hosting his show, Carey said he developed some bad habits.

Carey said he decided to focus on his health and to “change my whole belief system” when it came to eating.

He also said he cut out alcohol from his diet.

Jennifer Hudson lost 80 pounds back in 2011 by changing her diet and cooking her own meals. 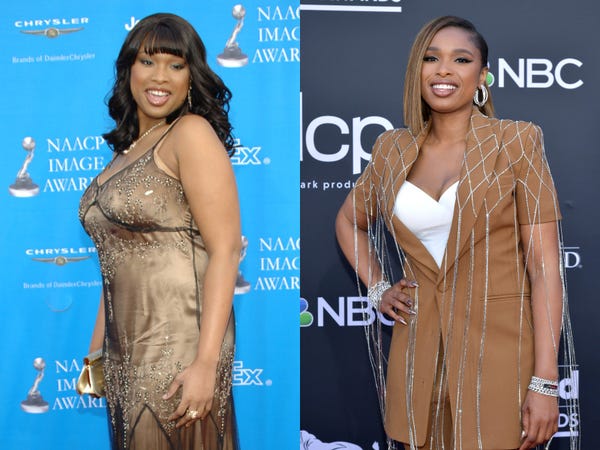 Jennifer Hudson rose to fame on “American Idol,” but she really jumped into the spotlight when she starred in “Dreamgirls” and won an Academy Award for her role in 2007. Four years later, Hudson made headlines with her transformation.

In 2011, she told Oprah that she lost 80 pounds and went from a size 16 to a size 6. She said partnering with Weight Watchers helped her lose the weight.

“I cook all my meals at home. When I work out, I like what I do. I don’t believe in overdoing myself,” Hudson told Oprah. “It’s all about self-motivation because, at the end of the day, you can have all the trainers and all the money in the world, but if you don’t have that mindset, it’s not possible.”

Since then, Hudson has managed to keep the pounds off by eating fruit, yogurt, grilled chicken, and a small piece of chocolate every now and then, according to Good Housekeeping.

In 2014, Mo’Nique lost 80 pounds through exercise and said she is the healthiest she’s ever been. 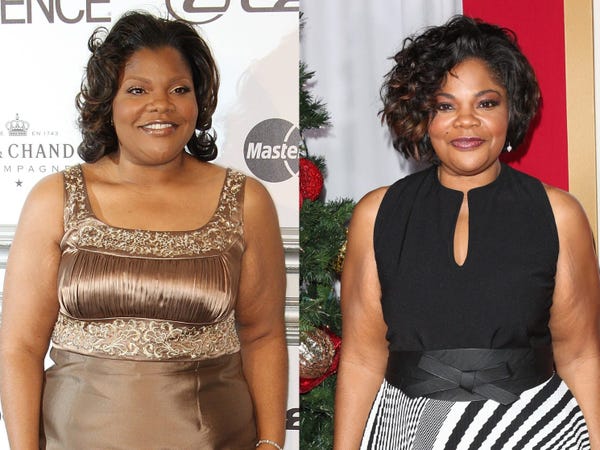 Mo’Nique is known for her comedic acting chops, but she won an Academy Award for her role in “Precious” in 2010. Since then, the actress has lost 80 pounds. In 2013, she said she was 45 years old and the healthiest she has ever been. A few years later, she revealed that she was under 200 pounds for the first time in her adult life.

Mo’Nique focused on exercising regularly and hiring a trainer.

“I had to do it for husband and my children and get out of my own way,” she told TV One in 2014. “Those moments when you feel like you can’t go any further and you can!” 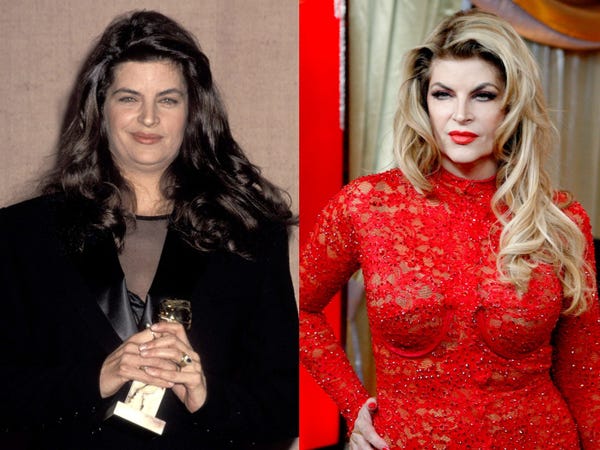 Kirstie Alley has been a comedic actress for decades, getting her start on “Cheers” in the ’80s. Throughout the years, she has been very open about her weight loss journey. In 2004, she announced she lost 75 pounds when she partnered with Jenny Craig. For three years, Alley kept the weight off, but she eventually gained it back. But in 2011, she lost 100 pounds when competing on “Dancing with the Stars.” She also says she doesn’t purchase unhealthy foods so that she isn’t tempted.

But at the end of the day, Alley said it doesn’t matter how much you weigh, as long as you’re happy.

Chris Pratt lost 60 pounds for his role in a Marvel movie. He worked out for up to four hours a day. 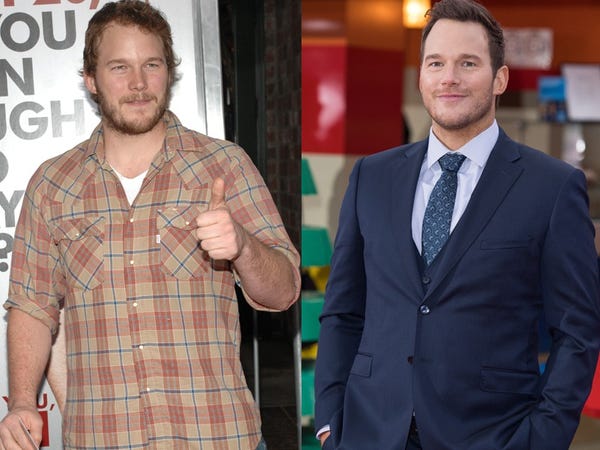 After reaching success as Andy on “Parks and Recreation,” Chris Pratt was ready to become a movie star in 2013 when he joined the Marvel universe in “Guardians of The Galaxy.” For the role, he lost 60 pounds.

To do so, Pratt increased his calorie intake to 4,000 and drank a lot of water. “I was peeing all day long, every day,” the actor told Men’s Health. “That part was a nightmare.”

When it came to working out, Pratt focused on running, swimming, and kickboxing. He said he worked out for three to four hours each day.

In 2015, Sam Smith lost 50 pounds after meeting with a nutritional therapist. 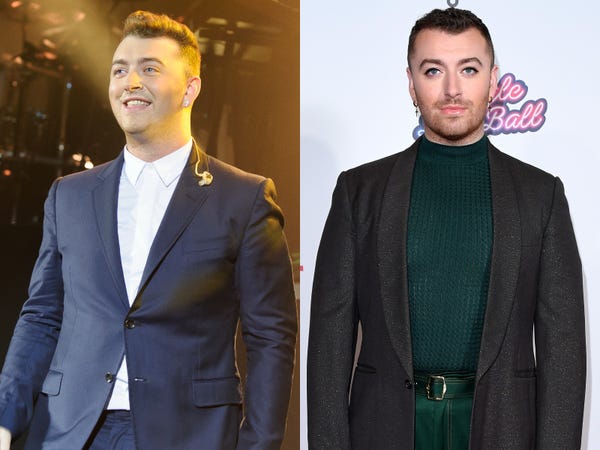 The Grammy Award-winning artist admits they struggled with emotional eating. Smith explained that they used to eat whenever they felt lonely or felt like an outcast at school. A few years ago, Smith decided to change that habit when they met a nutritional therapist.

“I met a woman who has completely changed my life,” they wrote on Instagram. “Amelia Freer has helped me lose over a stone in two weeks and has completely transformed my relationship with food.”

Since then, they have lost 50 pounds.

Rebel Wilson revealed she lost 40 pounds by focusing on a “year of health.” 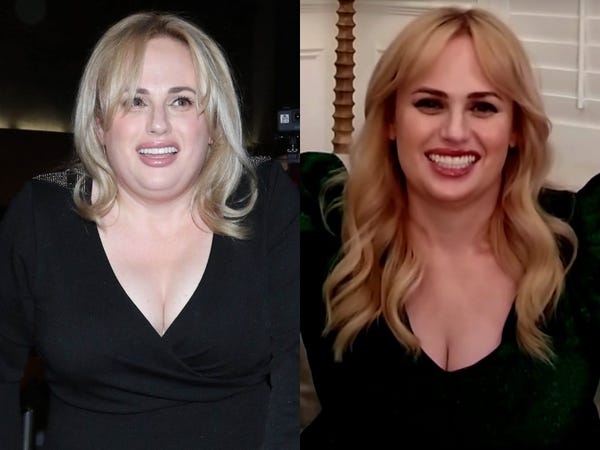 In November 2020, Wilson went on “The Drew Barrymore Show” and announced she had lost 40 pounds.

“For the last few years, I’ve been theme-ing my years. So I had the ‘Year of Fun,’ last year I had the ‘Year of Love,’ and this year it’s gonna be the ‘Year of Health’ because I turned 40 this year in March,” the comedic actress said on the show. “I never really focused on my health, which was probably obvious. I was going all around the world jet-setting everywhere and eating a ton of sugar. That was kind of my vice. I have a very sweet tooth. I love desserts.”

Wilson said she took the “holistic approach” by focusing on her mental health and tackling emotional eating head on. She also mentioned that she started swapping carbs for protein.

“I love my curves and stuff. I don’t think I’ll ever go too skinny, but I feel so much healthier,” Rebel said.